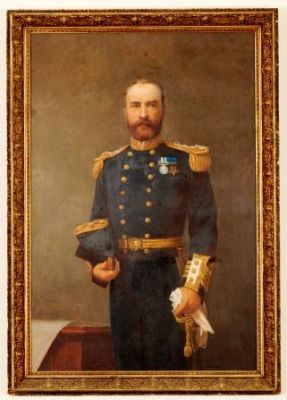 Coey Henry Kane, the hero of Samoa.
PACIFIC, June 7, 2019. Officer of the Royal Navy, serving Her Majesty Queen Victoria, Henry Coey Kane left his name in the record of the South Seas by saving his ship from a terrible cyclone in Apia in 1889 while their American side and Germans lost all their three warships, besides the sinking of nine civilian ships.

Sometimes pride, chauvinism, extreme nationalism produce material and human disasters exorbitant cost. This is what happened in Samoa on 15 and 16 March 1889, while the US and German navies faced each other in the narrow port of Apia. A British ship, the HMS Calliope was, also on site, but with a little common sense and humility, his captain saved his ship and crew while the two nations ‘enemy’ saw their fleet in the South Pacific virtually disappear without it had been necessary to shoot any gun.

If we referre the twentieth century, not the naval battles (between Japanese and Americans mostly) missing to lament the loss of thousands of lives and thousands of tons of materials in the Pacific waters.

In the nineteenth century curiously, while various colonial powers clashed -to foil moucheté- Oceania is almost commonplace natural phenomenon that was responsible for the worst maritime disaster of the century mid-March, a cyclone of unprecedented violence befell Samoa, sending the bottom (or side) fifteen ships, including six American and German military boats. The “battle” ends in a draw, as the two main protagonists wiped the loss of their entire fleet, including three buildings each! At the same harbor, one ship got out without a scratch or almost on its hull, the HMS Calliope …

But back a few months back to explain the presence of this military armada in the small port of Samoa.

At the end of the nineteenth century, the great powers had divided the colonial cake, Africa, Asia and Oceania, while the former Portuguese and Spanish colonies won their independence. Empty spaces, there remained very little. In other words, to complete this monopoly, German, English, French and Americans jostling at the gate (the French perhaps less than others in the Pacific). These rivalries are not doing great nations against big nations, but often through native populations handled by each other (as were the Tahitians by the English against the French, for example).

In Samoa, all began with a civil war, “first Samoan Civil War”, between 1886 and 1888, largely inspired by the war led German. Two clans vied for the throne, supporters of Malietoa Laupepa and those Mata’afa Iosefo (after the devastating cyclone which we reported, Laupepa was brought to power by the major powers).

During this first civil war, only the Germans, repeatedly intervened in the conflict to bomb positions hostile to their favorite. Obviously, the United States, who leered over Samoa as the Germans saw a very dim view of this German action on the ground, especially as the attackers had the bad idea to bomb Samoan villages, which had the effect of destroying the properties of US citizens. A German contingent landed even and engaged on the ground in a battle Vailele in 1887, an act that the United States could not tolerate.

The result of this escalating violence and the German interference in the conflict, the decision by the Americans to send in three warships, Germany replicating the same way, sending it as three armed boats up teeth.

Wearing Apia, one imagines, was well Encombe, with on one side the star US flag and the tricolor other Germans.

To referee the match, Great Britain saw fit to send in one of its most modern ships, the corvette HMS Calliope, built in 1887 only: a building lifetime exeptionnelle, since he ends his career 1951 corvette measuring 71.6 meters long, for a displacement of 2770 tons and had a powerful engine (4023 hp) and an impressive heavy armament.

For months, willy-nilly, Germans and Americans watched over each other china dogs, under the watchful eyes of the British Captain Henry Coey Kane wanted at all costs to avoid a conflagration in this region, while eyeing too in Samoa, in case the two sides would abandon the field …

A port, narrow and “seedy”

Faced with this crisis Samoan, this military blockade, time played against the great powers who had not thought that another speaker could determine the fate of this strange sea battle the weather.

By March 10, 1889, it became clear, in light of weather forecasts in its infancy at the time, as the weather spoiled seriously.

Like other captains, Kane, then 55 years old (he was born December 30, 1843) was closely following the evolution of the sky; winds and rains were strengthened very quickly. Kane had not fallen, it is the case of writing, the last rain, who entered as a cadet in 1853 in the Royal Navy after his studies at St Vincent’s College in Castlenock (County Dublin). His long experience and excellent service record had allowed him to be promoted to captain in 1882 (after his successful participation in the campaign of Egypt) and associating any British rigor and composure, he watched with particular attention to his ship brand new, well aware that the Admiralty had given him a gem of a warship.

Faced with three German ships belligerent, face the same US forces, he knew that in this small port of Apia, he could do nothing but observe and try to calm things down, which he did with diplomacy. But the 13, the 14, the priority was not to diplomacy; it was to make arrangements to save the HMS Calliope cyclone that threatened to ravage the archipelago.

For Americans and the English, no question of abandoning the port to the enemy. Whatever the risks, the ships would remain on site to mark their territory. Dramatic and imbecilic sin of pride …

Through clairoyance Kane, the crew of the HMS Calliope was, of course, been commandeered to face the threat. The port, narrow and “lousy”, was able to receive four ships. It was home to seven warships and merchant vessels ten March 14, the day it became clear that the cyclone would pass on Apia, rain having become heavy and the barometer falling terribly. The winds on the other hand went up power exceeding 185 km / h trapping vessels in the cul-de-sac of the port bottle shape.

Ten men at the bar!

On March 15, the storm was raging and all ships stuck in the trap Apia saw drag their anchors, which pushed them to the ground or rather coral. Several buildings and collided on their way to the reefs. On March 16, at 9 am, the HMS Calliope was struck by a boat and grazed by another. Kane realized that remain on site to maintain its military presence was madness; he could still save his boat at anchor; To do this, he asked the mechanics to give him full power.

The shell of the Calliope was a few meters away corals while facing him rose the silhouettes of two American ships Kane managed to narrowly avoid; two hundred and fifty lives depended on the operation being an operation that lasted two hours to earn a few hundred meters, as the Calliope could barely withstand the winds and currents that had conspired to prevent win the open sea.

In the hold, engine roar, heated to white. At the bar, we counted to ten men to stay the course: sometimes seemed to sink the boat, sometimes he was so high on the waves than its propeller spinning in a vacuum, the poop several meters above water . Once, ten times, a hundred times, Kane thought that the items would be stronger than its engine and its marine science, but ultimately, the miracle happened, the boat was left in open water and could be released from the jaws of coral Apia.

A vision of Apocalypse

Henry Coey Kane made it known to his crew that would last until the storm, he would maintain the course to stay off. The Calliope and remained at sea two days before returning the past cyclone, the port, in order to seek his lost anchors.

The vision that greeted the British was terrifying; in the roads on the sand or coral, wrecks lying fifteen; German armada was completely destroyed, as were three US ships. As for civilian vessels, a dozen if you count two local schooners, they had experienced the same fortune sea, unable to extract time too crowded port.

Kane also noticed very quickly that the disaster was not that material; dozens of men were killed in what was the largest collective sinking of the century in this region.

The US-German squabble had thus ended in a bloody disaster, the forces have been destroyed within hours.
The survivors, haggard, Kane asked for help, Americans wishing to benefit from his scuba equipment (Kane had on board pumps and diving suits), he willingly provides to them. He retrieved some whaling to replace those that Calliope had lost during his epic leaving port and returned to Australia as soon as possible, his ship in need of repair.

In Sydney, Kane and his crew were welcomed as heroes; their exploit had already been around the Pacific. The chief engineer, Henry Goerge Bourke, board engineer, was promoted “fleet engineer” May 28, 1889. With modesty, it explained the engine performance of the Calliope by the quality of the coal used in its boilers, coal loaded on the west coast of New Zealand (which ensured that coal tremendous advertising).

As for Captain Kane, he was made a “Companion of the Order of the Bath” at birthday celebrations of Queen Victoria in 1892.

He left the HMS Calliope April 11, 1890 and July 1, he was given command of the Unyielding in the Mediterranean squadron. He asked, for health reasons, to be relieved of that post April 11, 1891, but on December 29, he took command of HMS Victory.

The balance sheet of the disaster

Both materials in human lives, the cyclone in Apia was as devastating a terrible naval battle. 51 Americans were killed, the Germans lamenting 93 dead. Two men of the harbor pilot boat were also killed. 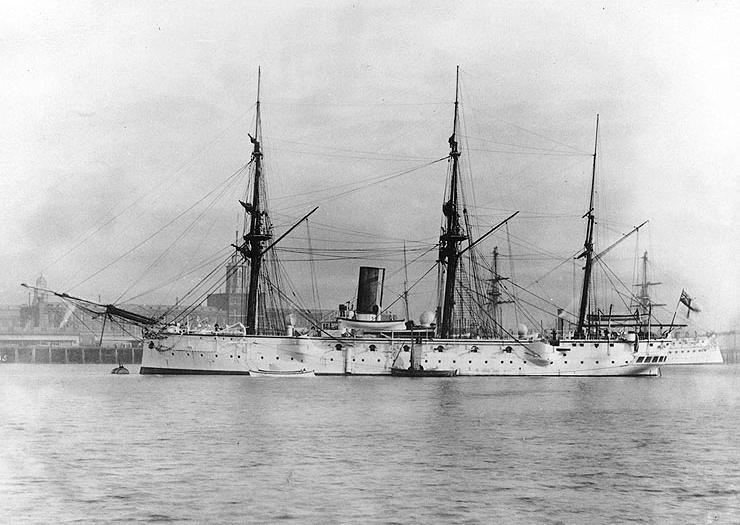 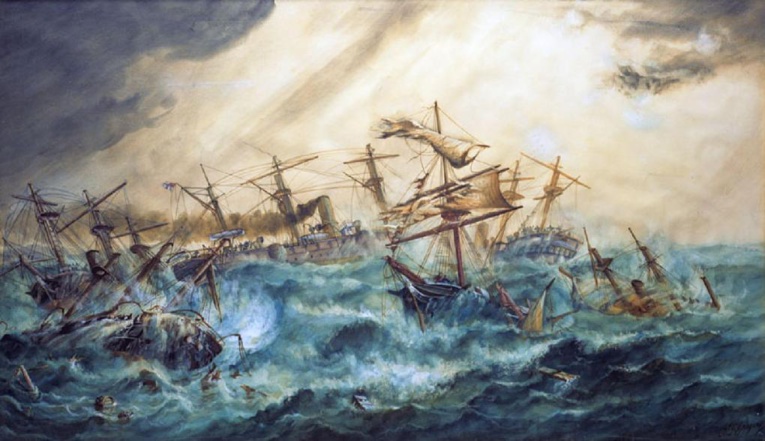 This painting depicts the chaos in the port of Apia during the cyclone. 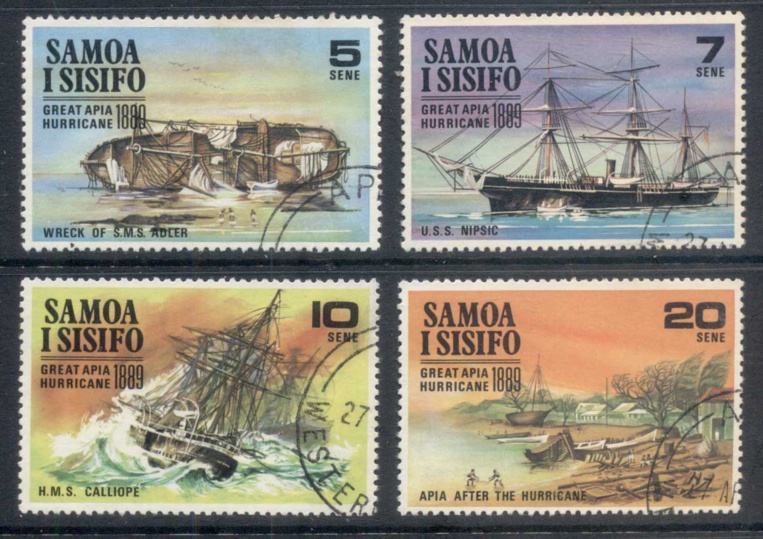 All that remained of SMS Adler after the passage of the dreadful storm. 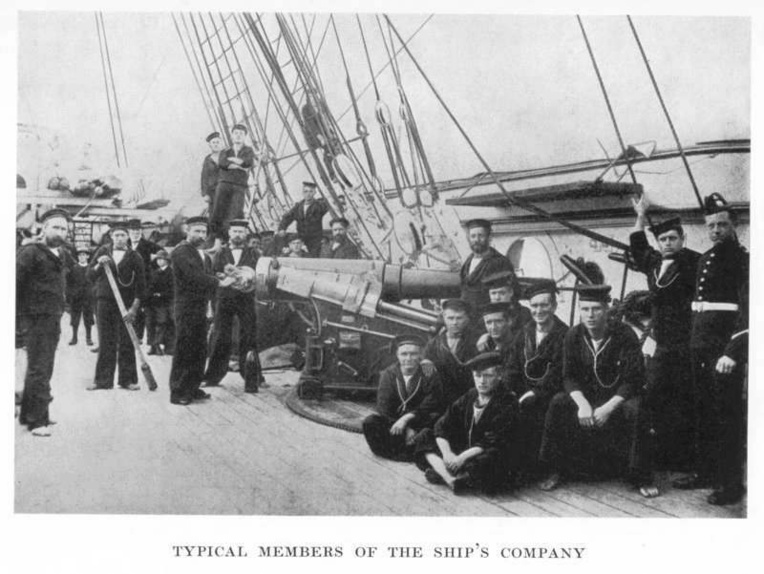 Crew of HMS Calliope who was saved by the coolness of his captain. 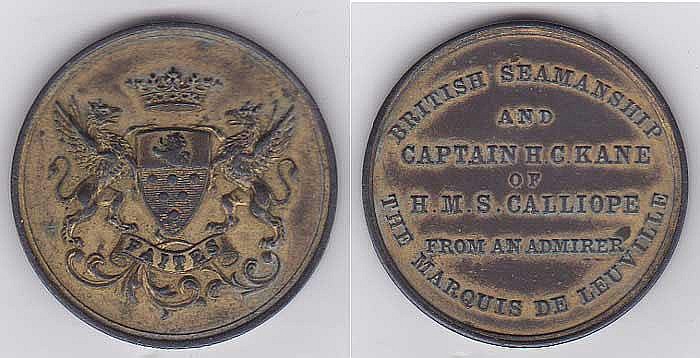 On the cover of the English “The Illustrated London News” magazine, this engraving shows the HMS Calliope hailed upon its release from the port by the crew of a ship about to sink. 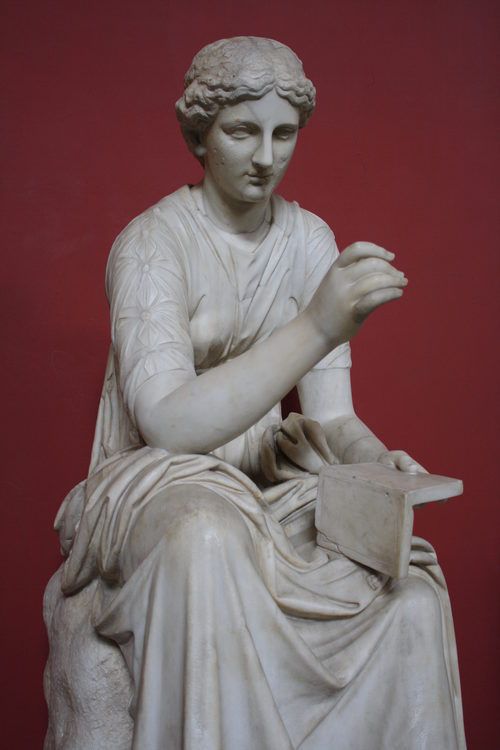 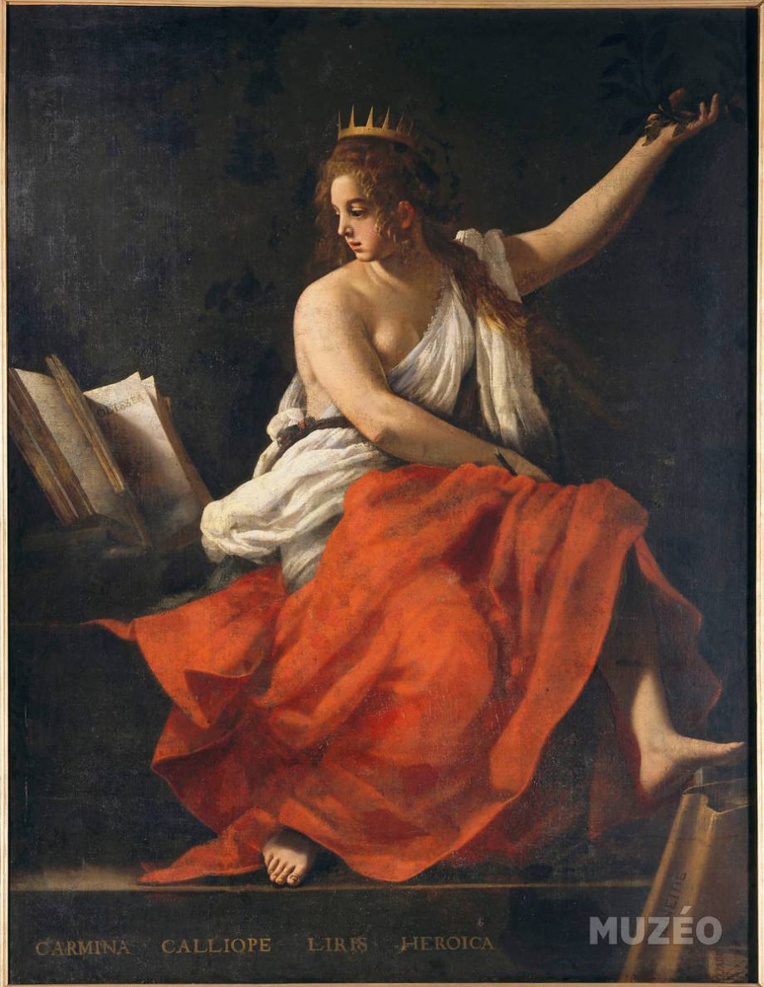